The environmental code and its application in environmental tests are central factors that largely determine the industry’s operating conditions. Currently, Swedish authorities’ actions and application of the law in permit processes makes the process much more administratively demanding and time-consuming than in comparable competitor countries. IKEM has previously expressed concern about the lack of trust, legal certainty and predictability that exists in Swedish environmental permit processes. Drawn-out and arbitrary permit processes is an oft-mentioned negative factor when companies are asked to assess Sweden’s relative competitiveness.

The authorities need to change their approach

The Swedish chemical industry is one the many industrial sectors that are completely dependent on efficient, functioning permit processes. The chemical industry is a key player in efforts to reach our climate goals, but is also an important driver of the Swedish economy as it accounts for roughly 20 percent of Swedish goods exports.

The inquiry concluded that the total examination time needs to be reduced, that peaks in processing time need to be cut and that the processes can become more efficient and predictable, thereby supporting the green transition. The inquiry points to increased dialogue, collaboration and coordination at an early stage in the process as key factors for success. Both IKEM and Wibax agree with these inquiry conclusions.

Unfortunately, we do not believe that the inquiry’s proposal will lead to any significant changes to permit processes. Even if some sections of the code are adjusted, the fundamental problem remains. Namely, the fact that provisions of the code are subject to interpretation by single individuals, and to some extent influenced by personal convictions. This will not lead to greater predictability and more judicially secure trials.

There is a lot of variation in the duration of environmental assessment processes, depending on where in the country the facility is located, something that Wibax has also experienced. Even if the assessments concern similar types of operations, they are assessed differently and faced with different requirements both with regard to documentation and operating requirements. We experience this as highly lacking in legal certainty, and the suggestions presented by the inquiry risk worsening this uncertainty even further.

Although it is positive that many changes are to be handled through change permits rather than full reassessments, the problem of inconsistency in assessment and evaluation of permit applications will remain. Furthermore, the suggestion that the regulatory authority should assess the need for a full reassessment of operating permits every ten years, is worrying. How will such assessments be carried out in a fair and equal manner?

The problems faced by many companies today need to be fixed fundamentally, which is why we disagree with trying to patch up a non-working system. If this doesn’t happen, it risks delaying, or outright blocking, major investments.

We therefore see a need for a comprehensive reform of the permit system.

We would like to see a new inquiry set up swiftly, with the goal of fundamentally reforming the Environmental Code and environmental permit processes, so that the authorities are given a clearer advisory role, as opposed to their current role as a counterpart. By working towards a common goal and holding a shared view of the value of industry in the green transition, conditions for sustainable growth can be created in Sweden. 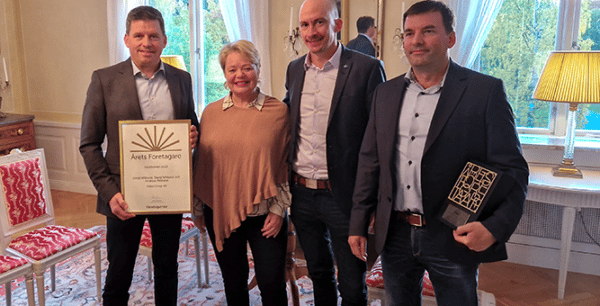 Norrbotten Entrepreneurs of the Year!

Jonas, David and Andreas Wiklund, who were named Entrepreneurs of the Year at the Piteå Business Awards, have now proceeded to the regional finals, where they also won the Norrbotten... 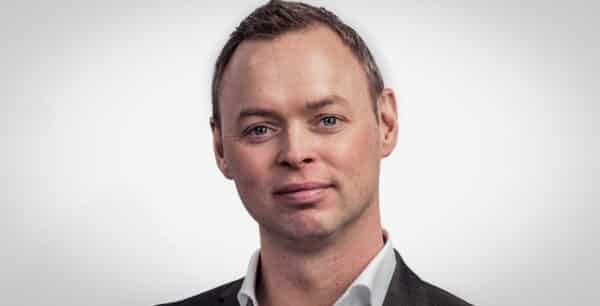 Wibax Group is at stage of strong development, and remains focused on continued growth. To create the right conditions and structure for future development, both in the short and long... 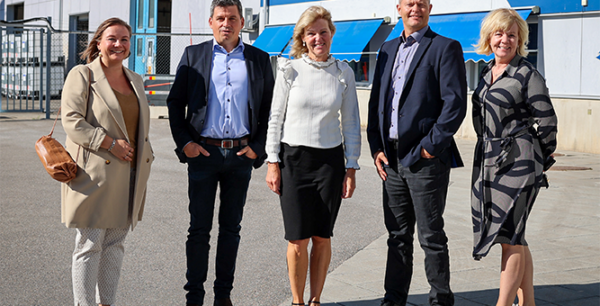