Jonas Wiklund is Norrbotten's Leader of the Year

He is a passionate and forward-thinking leader who has brought the company started by his father to new heights, together with the employees. In his work, he cares for them and for their workplace. Jonas Wiklund, CEO of Wibax, has been named Leader of the Year in Norrbotten.

Jonas Wiklund was one of the finalists, alongside Anna Stålnacke, Gym och fitness Sverige, and Hans Stålnacke, Bodens energi, and he was the one ultimately named Leader of the Year in Norrbotten. The jury’s citation read: “A passionate and forward-thinking leader, focused on goals, who has elevated the family business to new heights by fostering trust and participation among his employees. He has a strong business sense and is a driving force in the company’s growth, while also being a leader who cares about the people around him, and about them having an attractive, pleasant workplace.

“Thank you kindly! It is very surprising. Receiving a nomination is great. Winning the Leader of the Year award is even more exciting. It makes me really happy.

How would you summarise your 2021?

“This year has turned out incredibly well. We have struggled in some areas, but have still met the budget that was originally set. We have continued to develop with strong profitability, and continued to build our organisation, successfully strengthening it for the next step. Our plan is to exceed three billion SEK by 2025. It’s a long way from the current 1.4 billion, but our ambitions are high and we strongly believe in growth. I think we will make it.”

He is quick to add:

“I don’t want to take the credit for this, we are an amazing organisation and we have built this together. I have a lot of good colleagues and we have created these conditions together. Being a part of this journey, in the driver’s seat, is amazing, especially when you enjoy growth.”

What are your memories of the company growing up?

“My father started the company in 1986, when I was twelve. He had his office at home, and I was scared to pick up the phone, as it could have been someone who spoke English.”

When did you enter the company?

“I have been working for the company since the 90’s, after my military service, when I started as a truck driver. Eventually, I ran the whole shipping and terminals division, until 2012. Then I took over as head of the group.

How would you describe yourself as a leader?

“I want everyone to have that warm feeling, that today was a good day, that they have been able to make a difference. It is important to give credit. I couldn’t be in a workplace where that atmosphere didn’t exist”, he says, adding that he tries to be clear and humble in his leadership role.

“When I started working as a traffic supervisor after a year as a driver, I was 20 years old and had colleagues who were close to sixty. I was the manager’s son making my way there almost by chance, and that required humility. That was extremely valuable training, because the feedback was crystal clear. Sometimes painfully clear, but I decided early on that I would handle feedback well, regardless of how that feedback was presented.

What are your main motivations?

“I am motivated by growth and development, but not always focused on just turnover or profitability. When I started, I focused on the number of trucks in our fleet.”

What are you most proud of as a leader?

“What makes me the most proud is to follow up on things and see how people grow. That I can let them know that they are performing well. The pride they feel is visible. Those days are the best days on the job”, he says and continues:

“It’s important that everyone feels that they’re contributing and doing a good job. This becomes more and more of a challenge as we become more and more people.”

“Work wise, it’s a matter of meeting budget targets. We will be expanding quite a bit over the next year, and progressing through our business plan, leading up to 2025 where the goal is a doubled turnover. I look forward to it.”

What are your plans for Christmas?

“I have an incredibly hectic time behind me, so I will enjoy a bit of rest and recovery. We will be spending some time at home, and some time in our mountain cottage. Maybe an hour of hunting too. Given the restrictions, it is important to lead by example. Whatever you do, you can do it on a smaller scale. 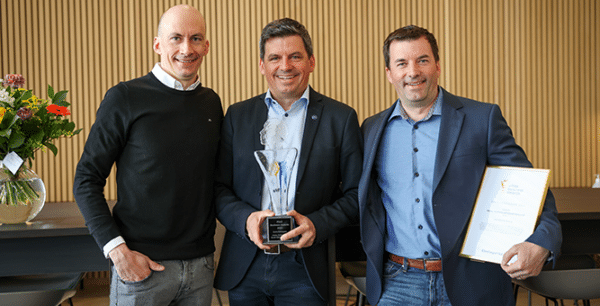 Entrepreneurs of the Year at the Piteå Business Awards!

We are very happy and proud to inform you that the Wiklund brothers were named Entrepreneurs of the Year at the Piteå Business Awards! The citation reads as follows: "Even... 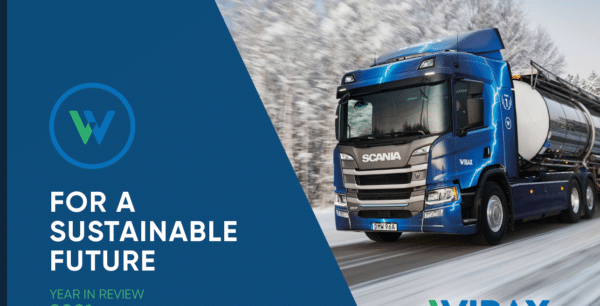 Please read Wibax Year In Review 2021 where we have collected some events from the year 2021. 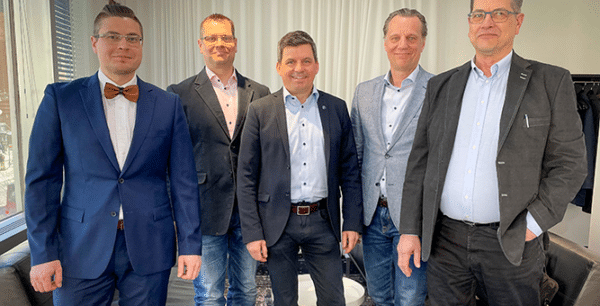 Wibax takes the next step in Finland and acquires the road transport company JJ Kuljetus OY and the associated company N-Logistics OY. Thus, the entire Wibax concept with sales, storage...